Scooby Doo and friends have arrived at London’s Palladium theatre for Scooby-Doo Live until 21st August 2016!

The show starts with the well-known Scooby-Doo song, and there was great encouragement from the cast to get the Audience to join in with the “Where are you?” chorus. Scooby-Doo appearing on stage created great excitement around the auditorium and my children both beamed with delight. 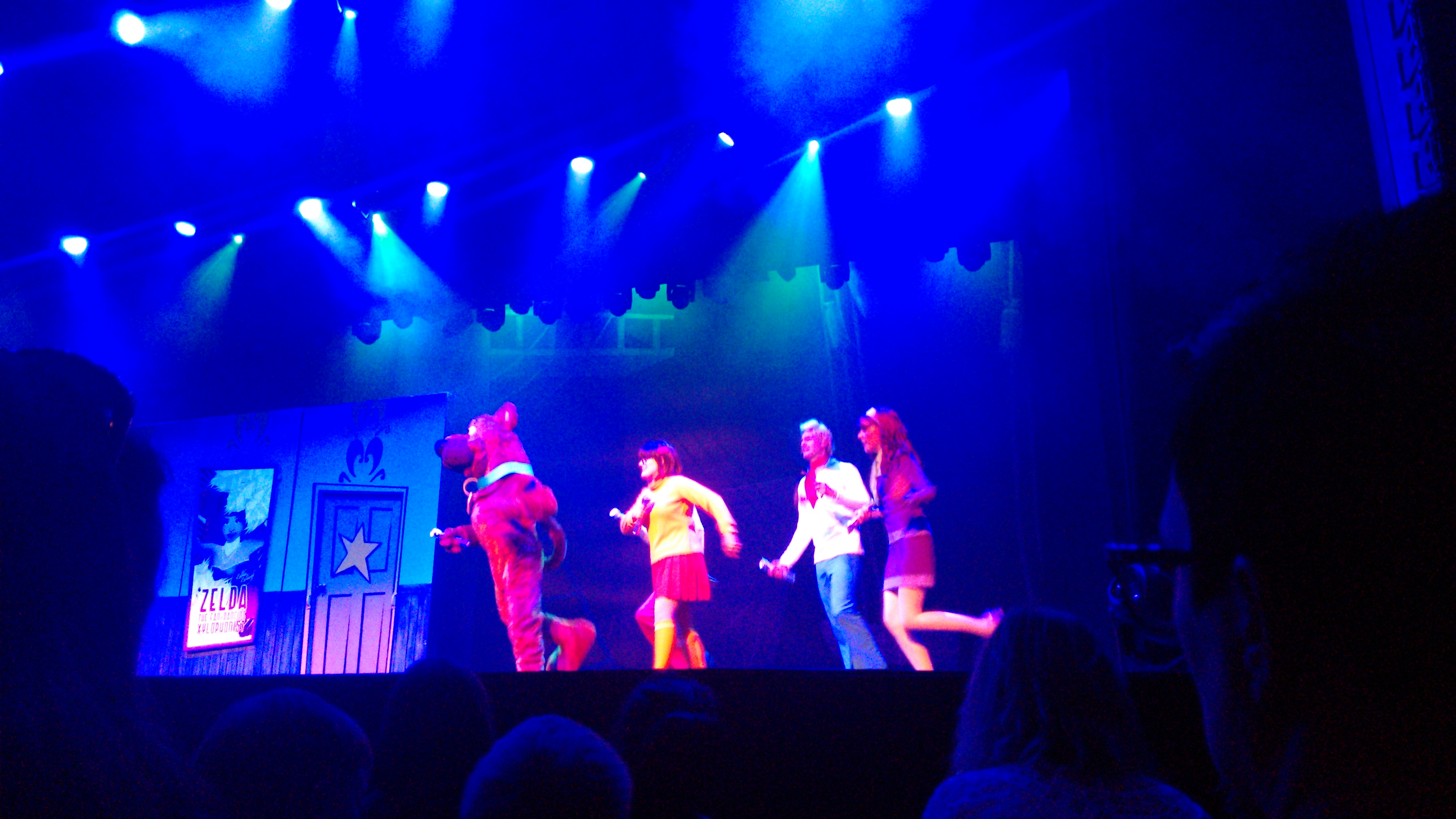 The characters each introduced themselves and their personalities, so even if you (or your child) didn’t really know the Scooby-Doo characters, the production introduces them quickly and easily. On with the story and a lovely twist to make it relevant to the theatre we were sat in, and it added a realism to the ghost! Yes, there is a ghost (as you’d expect in Scooby-Doo) and my 5-year-old was a bit scared, but he quickly joined in to shout GHOST!! at Scooby and Shaggy every time it appeared on the stage. 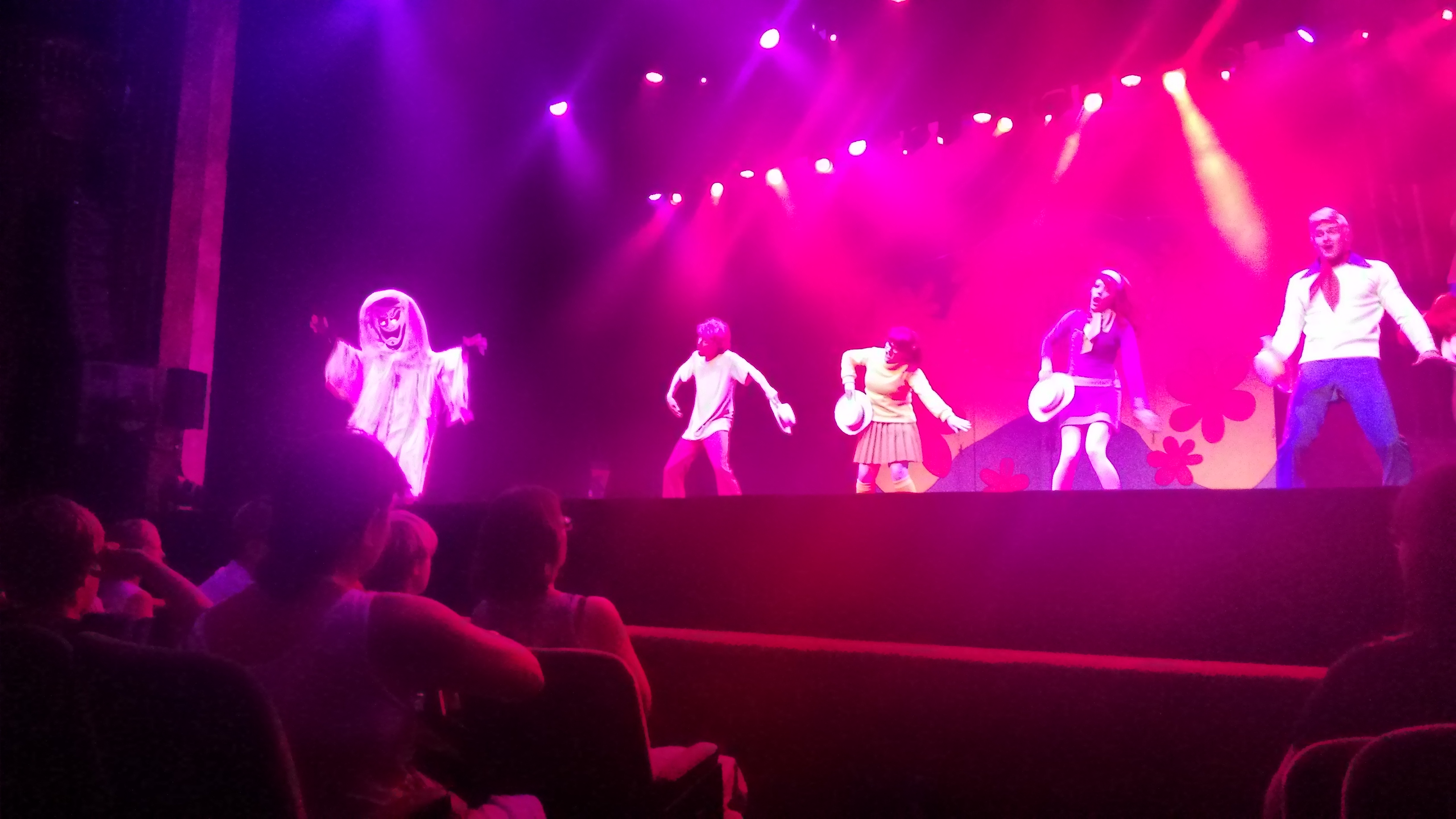 Scooby-Doo Live is high energy and where I had been worried whether my 5-year-old would sit comfortably through it (he has in the past struggled with kids theatre productions) he was transfixed throughout. There is a short interval half way through, and both boys grumbled that it had “stopped” while they were just starting to find out what was happening!

As someone who grew up watching Scooby-Doo I wondered how I would find the production, whether it would stay true to Scooby-Doo, and the original fun and mayhem of the Mystery Machine and crew. I am delighted to say that I couldn’t have hoped for a better production, it had every element I would expect to find in any Scooby-Doo cartoon and I think I enjoyed the show as much as the children.

The music was fabulous, on a par with many other musicals, and certainly toe-tappingly good for grown ups! It is genuine family fun, for children of all ages and adults too. I had two children with me, aged 5 and 8, both loved the production and haven’t stopped speaking about it since!  I would recommend it to any families wanting to introduce the theatre to their children at a top quality level and to ALL Scooby Doo fans – you will not be disappointed.

Scooby-Doo Live originated in Australia, and has toured all over the world, but this is their first visit to the UK! The Palladium theatre is located just off Regents Street, not far from Hamley’s toy store. The theatre has air-conditioning, and was very comfortable to sit in on a warm day. The theatre staff were friendly and the theatre bars were well stocked with soft drinks and child friendly nibbles. There is an after show Meet and Greet where children can get to go up on stage and meet a cast member, to book this, select your tickets then click “discounts” it will then offer you the chance to select the Meet and Greet option. It is a group meet and greet, so your chilld(ren) won’t get a one to one with the character, but it is a lovely opportunity.

We were invited to review the performance honestly in return for our tickets.