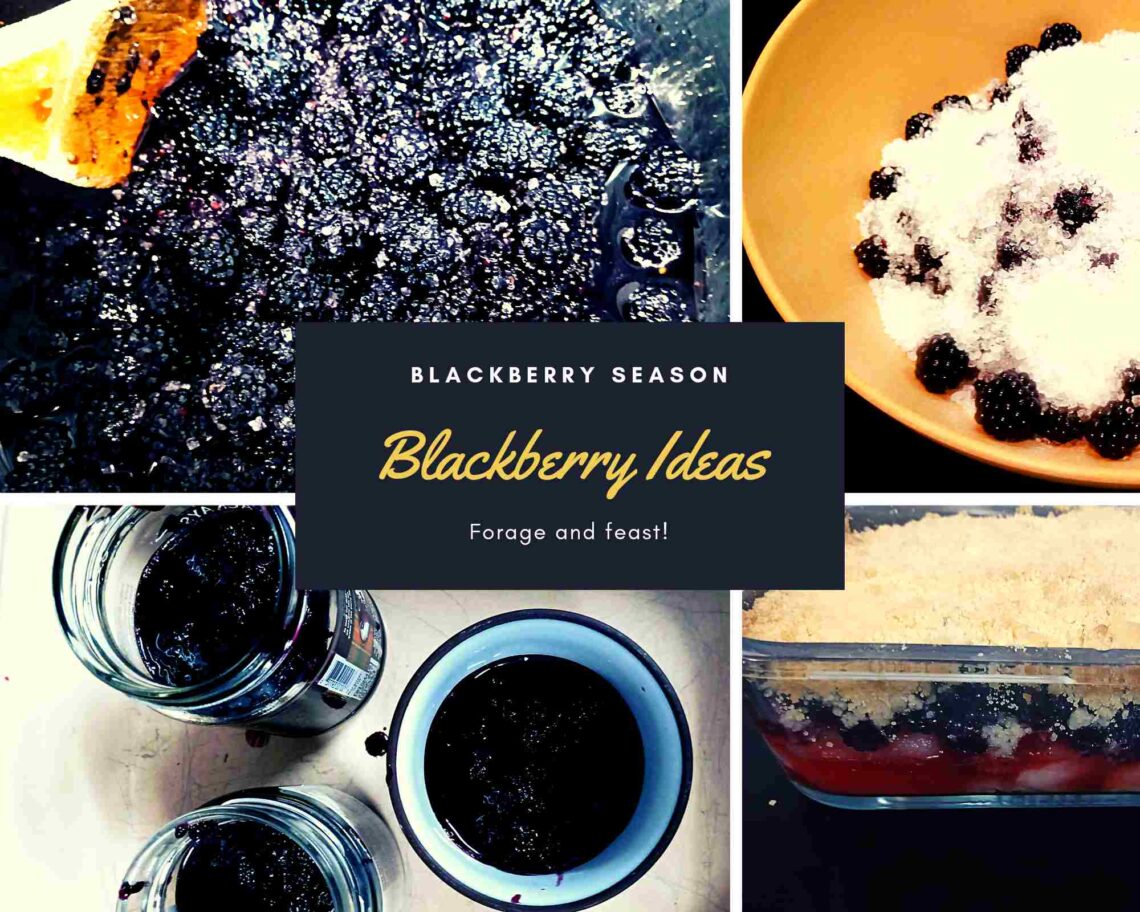 Blackberry season is here! I adore blackberry season, the call of Autumn. I think it may be foraging for them which makes blackberries so special to me. As a child I remember the excitement of blackberry picking. It would inevitably mean taking the dogs on a long walk to the far side of the woods with my father. A sunny fire brake I remember well was the prime spot for blackberry picking. We easily filled the old ice cream tub I was tasked to carry. Returning home, hands and face covered in purple stains from picking and sampling the blackberries straight from the bush.

Last week I found myself carrying an old ice-cream carton once again. While encouraging my children to pick the big blackberries along a sunny footpath. The weather was fine, and we found ourselves pottering further along the footpath, walking faster in anticipation of – more blackberries! We ended up carrying a kilo of blackberries home. Everyone smiling, and excited by how many we had discovered!

I hurriedly started making a batch of Blackberry Muffins as soon as we got in. I love this recipe as the muffins always come out perfectly, and it is so easy too. The muffins are ideal for lunchboxes, or after school snacks. They look spectacular, and taste even better.

Growing up, Blackberry jam was made in abundance during blackberry season. The kitchen would be filled with a distinct sweet smell. A smell I came to associate with the coming of winter. That blackberry jam would last all winter. Thinking of it, brings back memories of thick slices of toast smothered thickly with the extra fruity jam.

Looking at our huge quantity of blackberries, I decided to have a go at making our own blackberry jam. I decided for safety to make just a small batch of jam, I am not the best in the kitchen. It seemed sensible to just make a couple of jars of jam. I was surprised how easily I made jam, I used Whitworths Preserving Sugar – which I think really helped the jam to set.

I’ve frozen a quantity of blackberries to be used in smoothies and bakes later into winter. I have frozen some on to baking paper, once frozen I decant them into a box. They freeze well, and the benefit for freezing them on paper first is to prevent them freezing together into a solid block!

Back to School...and starting pre-school.

Winter Checks to make before it gets cold!