This post is my entry for the #Dolmio #ThankGoodness Challenge Sponsored by Dolmio – http://www.dolmio.co.uk/thankgoodness.aspx

The midweek slump, you’ve made it to Wednesday and it’s a struggle to think what to cook. You want to call out for a takeaway, but there’s so many reasons you shouldn’t. What do you do? Dolmio to the rescue! 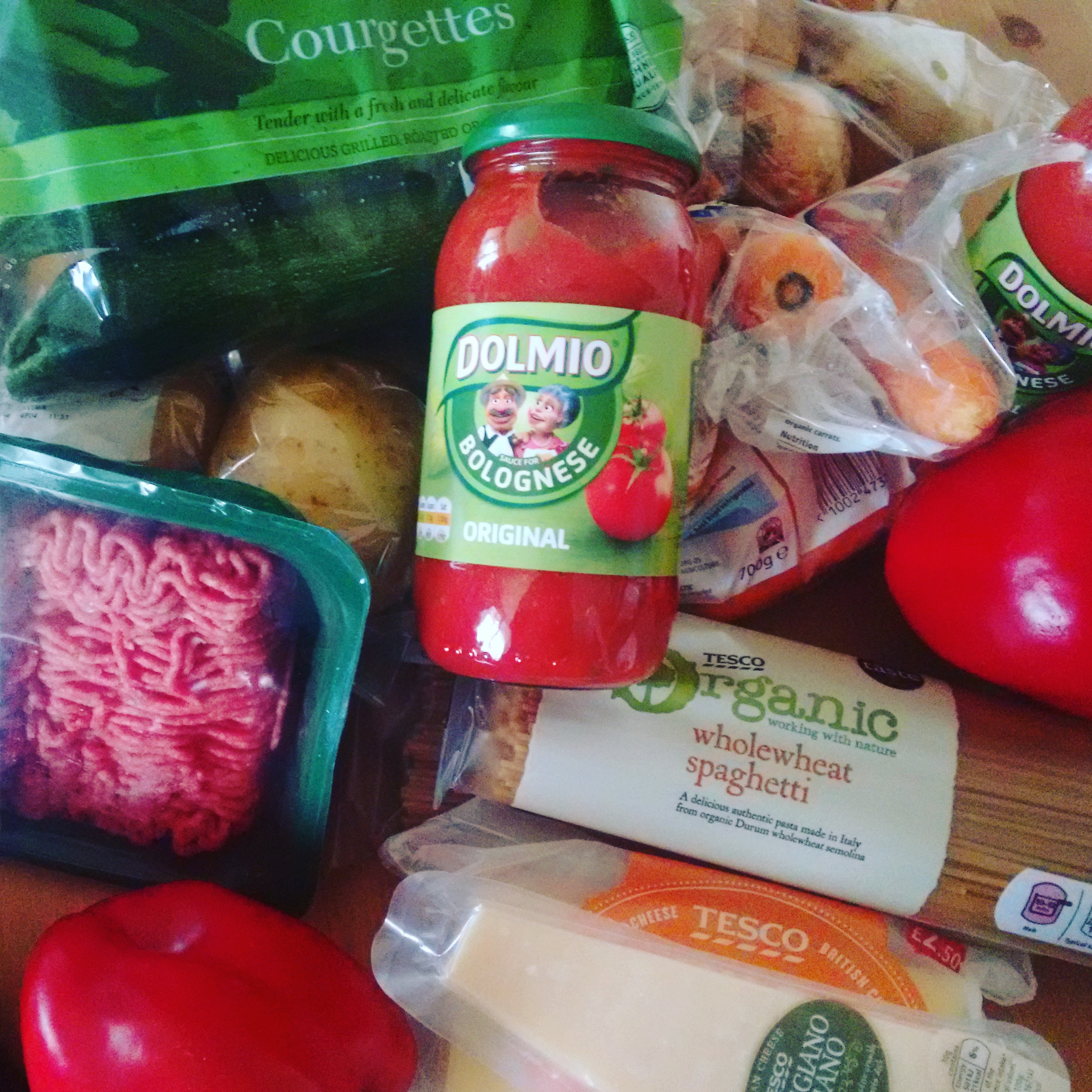 We were sent a shop containing wonderful ingredients to help us make a midweek meal, including two jars of Dolmio Bolognese Sauce. Bolognese is a family favourite, and I love cooking it from scratch, but if I’m in a hurry it’s Dolmio to the rescue!! The shop we were sent came in at under £40, but by planning carefully it was quite easy to make multiple meals with our ingredients using Dolmio Sauce!

If you’ve ever wondered exactly what is in a jar of Dolmio? Watch this short video to see:

Dolmio Bolognese made with excellent mince, whole-wheat pasta, and freshly grated parmesan cheese was hugely popular! It was also very quick to prepare! I like to add a few extra veggies, and sneakily adding a grated courgette and carrot worked really well! Adding vegetables helps stretch our food shopping budget as we can reduce the amount of meat we use in our Bolognese, by bulking it out with extra vegetables.

As I have a very fussy eater who doesn’t really like any vegetables, this is also a great way to increase his vegetable in take – without any fuss! He was delighted with the meal, and he claimed he preferred the vegetable laden version to the version with just mince. Big thumbs up! 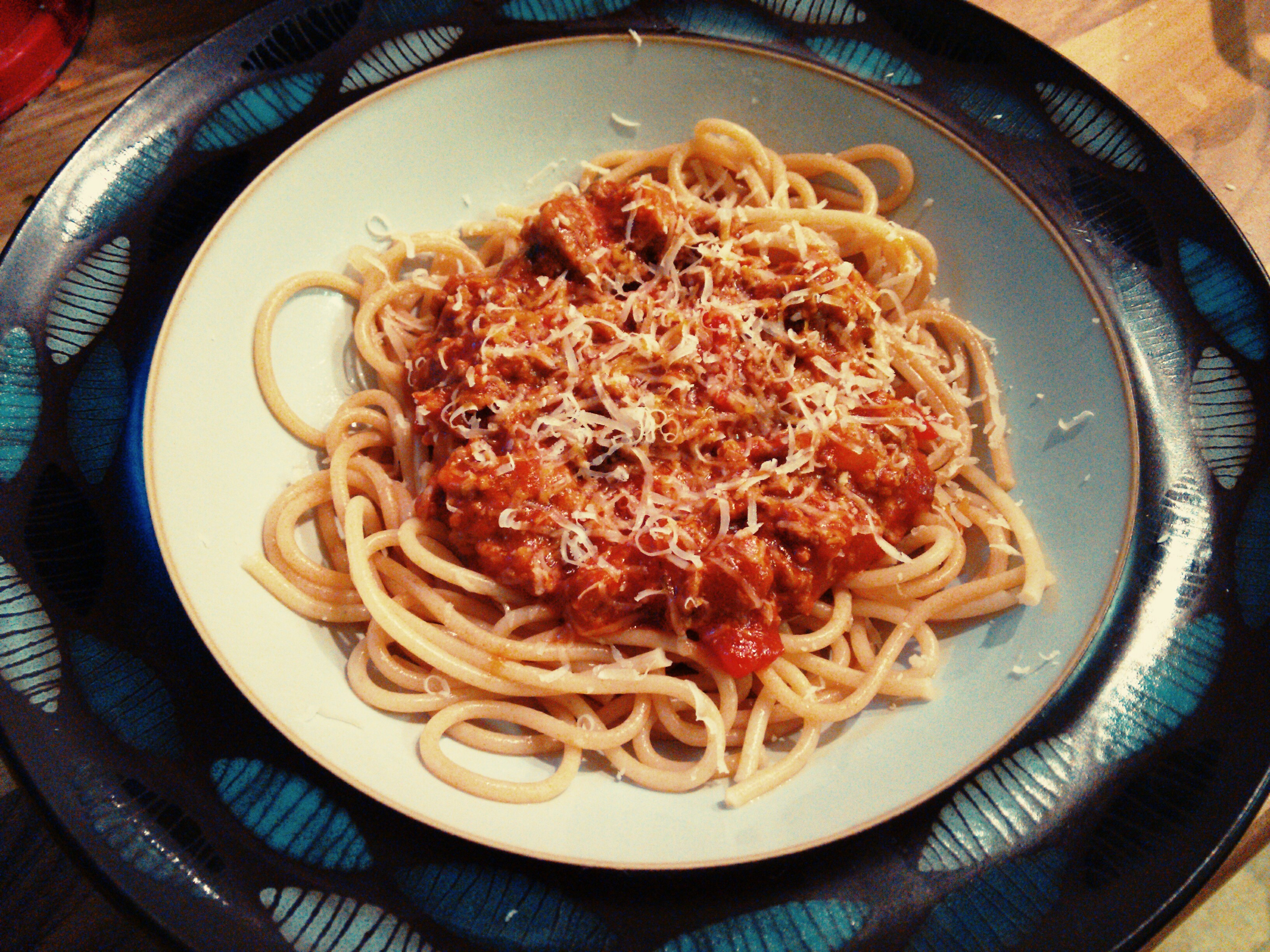 We also used Dolmio Bolognese Sauce to make a dish with chicken. Brown two chicken breasts and onions in a frying pan, then add them to an oven proof dish. Adding diced mushrooms, carrots, courgettes, and peppers, pour the Dolmio over the top. Bake in the oven for 40 minutes. Serve with potato wedges or a baked potato. A super tasty dish, which hardly took any time to prepare! I think when you’re short on time, if you can make a dish quickly even if it takes a little while to cook, it’s ok as it gives you time to do other things e.g. build LEGO! Everyone enjoyed this simple dish, and we agreed we will be adding it to our meal planner as it really was so simple to make, and SO tasty!

Dolmio Bolognese could also be turned into a fabulous chilli, add kidney beans and some chilli, then serve with either potato wedges, a baked potato or rice.

Have you got any great ways to turn Dolmio Bolognese Sauce into an amazing midweek dish? Let me know! 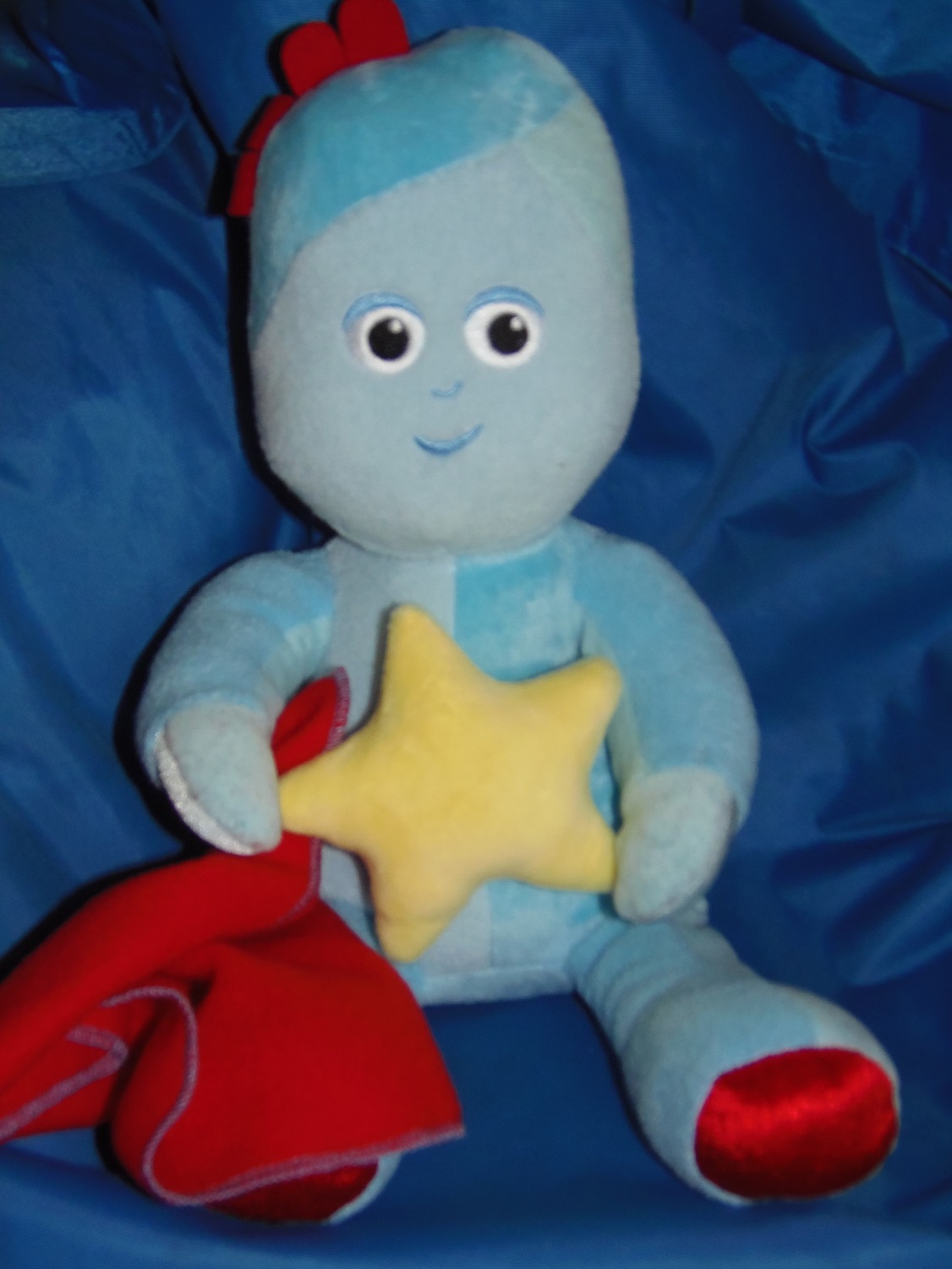