For the last few weeks E has been tentatively making the move from balance bike to two wheeled pedal bike. E is going to be 5 in January, so we’ve not really pushed the situation, but the time was right. He has been ready to make the transition for a while, but he has been reluctant incase he “fell off”. After much persuasion he climbed ono his pedal bike and with very little help he started riding. 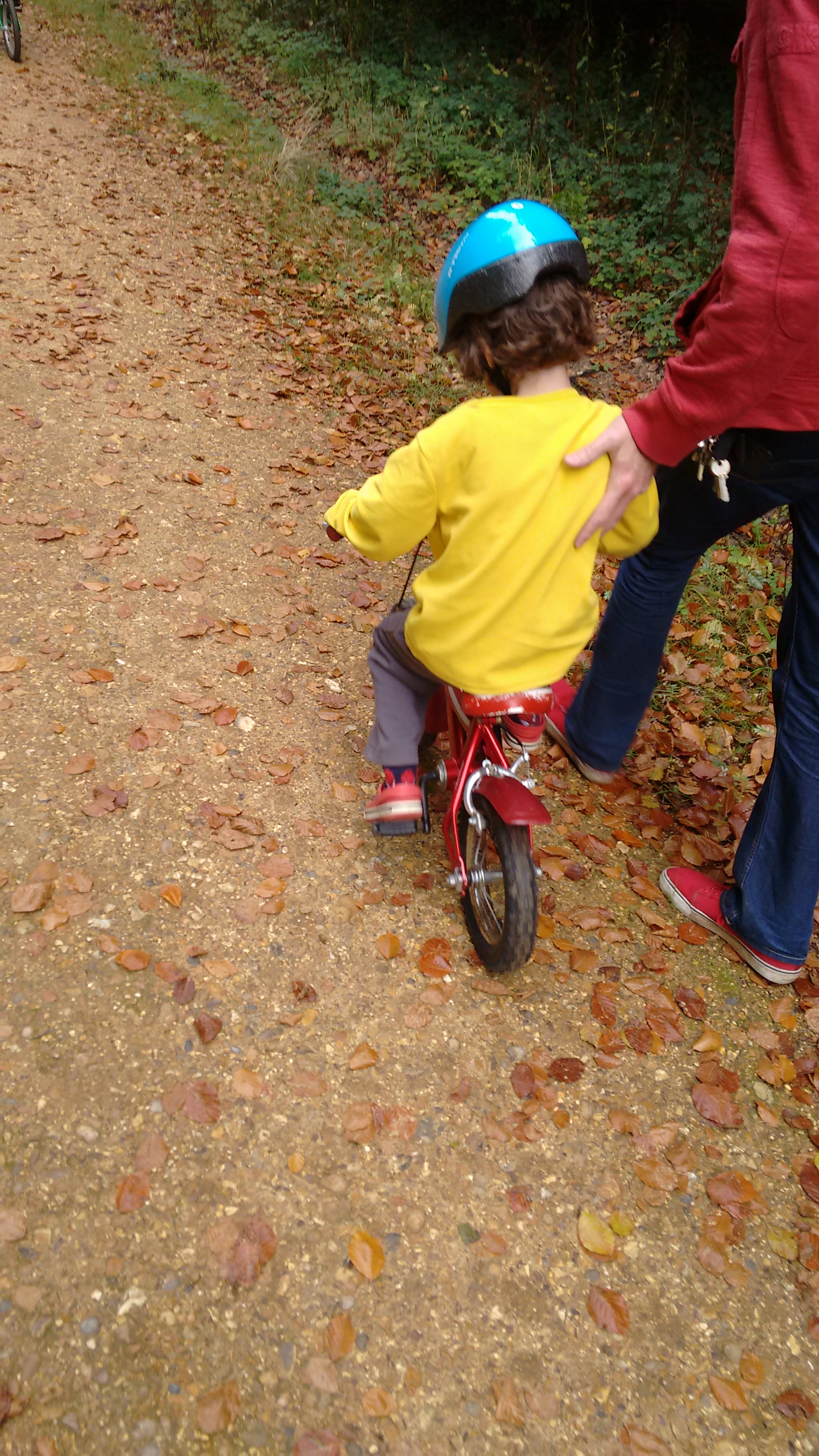 We made sure we chose a safe area for E to ride, somewhere car free and relatively easy to bike ride around. B being a typical big brother couldn’t help lapping him on his bike and causing a few frustrated words to be shouted by E! After a few collisions into hedges, and one tumble onto the ground (I blame Mr G for that one!) E worked out he needed to watch where he was going rather than his pedalling feet! E can now ride his bike, but needs quite a lot of encouragement! It’s so lovely seeing how quickly he and easily he moved from his balance bike to his pedal bike, and I have to admit we’re really lucky to live near a great safe spot to bike ride too.

I’m looking forward to half term, for lots of reasons, but mostly because it gives us the opportunity to get the boys out and about with their bikes. We’ll be packing up a picnic with their bikes, and heading out. I will be running along behind, as I’m ashamed to admit I cannot ride a bicycle, it’s not something I was ever taught. Ride a horse? Yes. Ride a bicycle? No. So I suppose that I need to learn to ride a bicycle over the next few months..I’m wondering whether they do stabilisers for grown up bikes?! Any tips on getting started?!

Packing for holidays with children.