Recently we celebrated Christmas in Basingstoke, as part of our celebrations we ate at Pizza Express, Festival Place. We were treated to a marvellous selection of treats, including some of their Snowball dough balls! 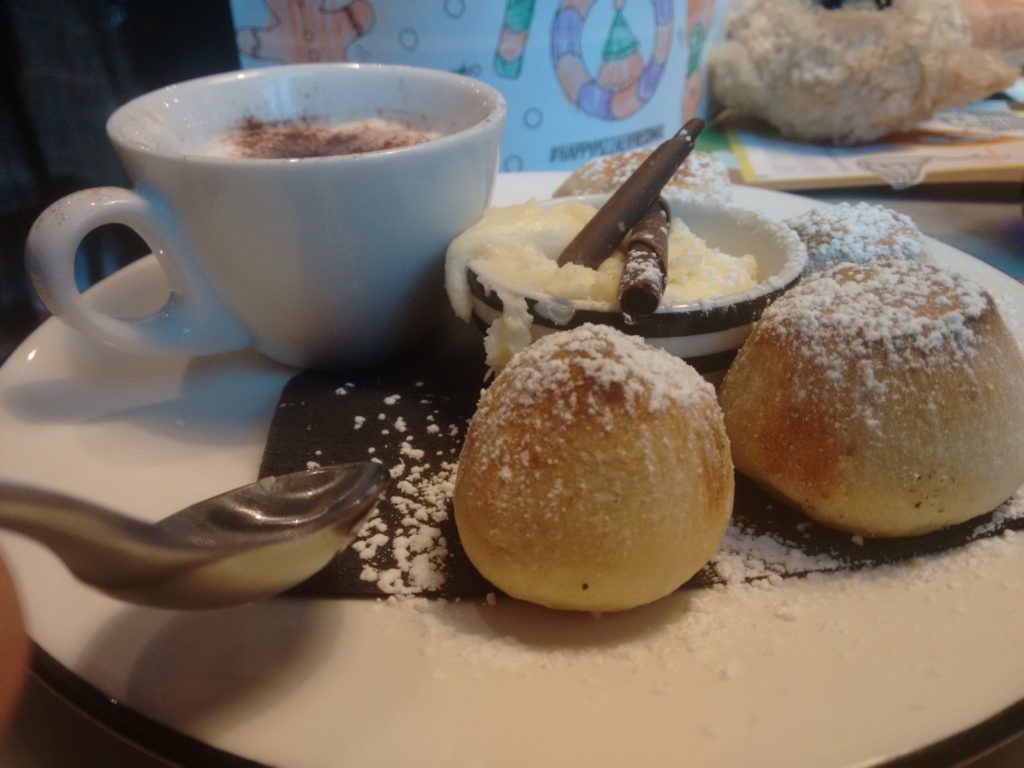 There’s a lovely alfresco eating area, at Pizza Express in Festival Place. The alfresco area is complete with blankets to keep off the chill! Though we opted to eat inside as it was particularly cold. 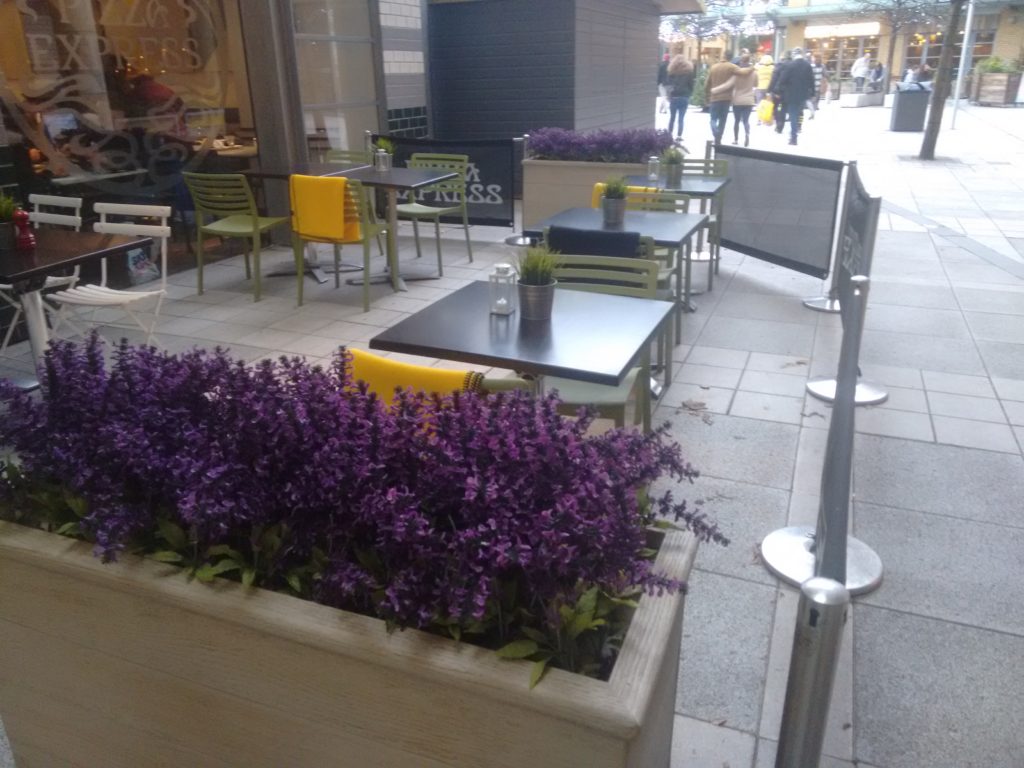 We were quickly shown to our table, a booth table, which was perfect for my two-year old to sit comfortably and safely at. The children were handed kids activity packs and the children’s menu. The Children’s menu offered good value, £6.95 for 3 courses and a babycino. The main menu had several festive options, and it took us a while to decide what to go for!

The children chose Dough Balls, these arrived with a lovely portion of vegetables too which I thought was lovely. 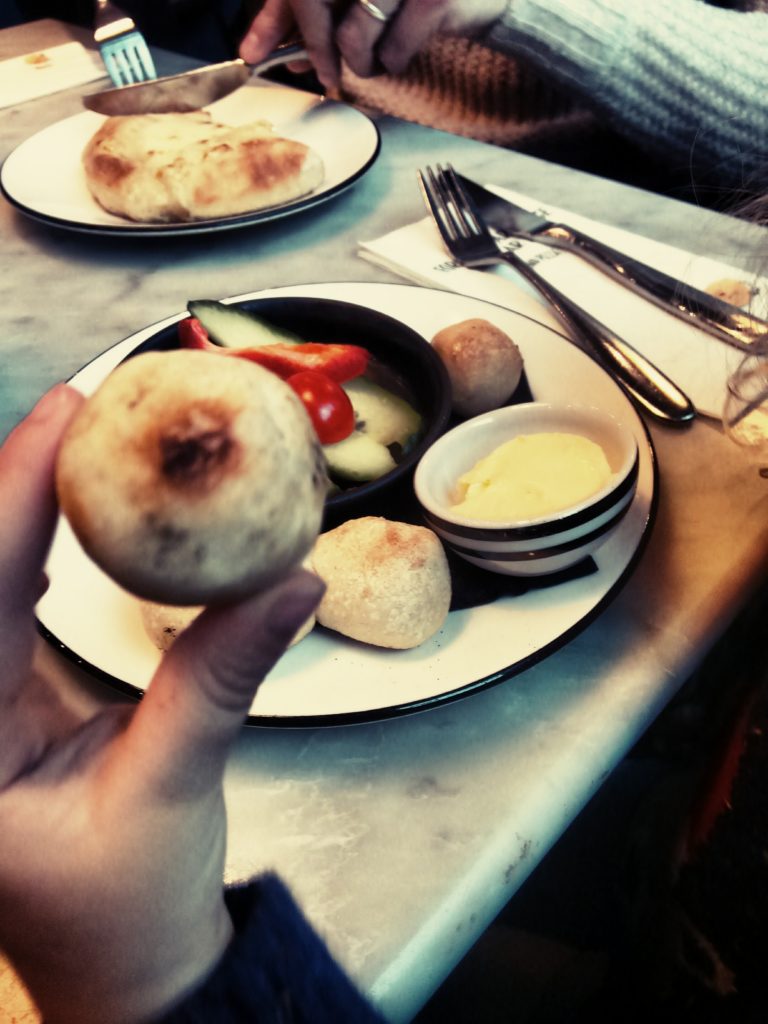 Mr G chose mozzarella garlic bread. I chose calamari, these were breaded not battered, and were cooked to perfection – no chewiness! 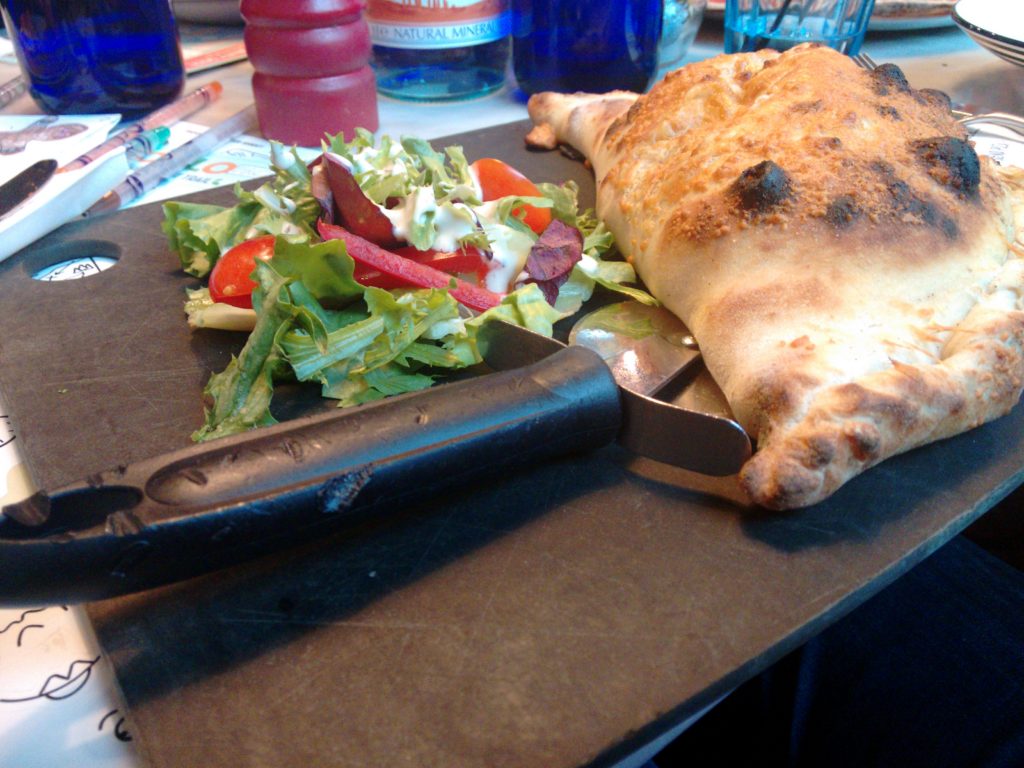 Calzone – This was absolutely packed full of pepperoni and cheese! I confess I struggled to eat it all, but it was extremely tasty. It was fractionally over cooked, but as it was so big, I didn’t mind!

Kids Bolognese –  Popular with my younger two children, they said “It’s much better than your Bolognese..” which is I think praise indeed, as usually my Bolognese is described as “the best!” by my children! 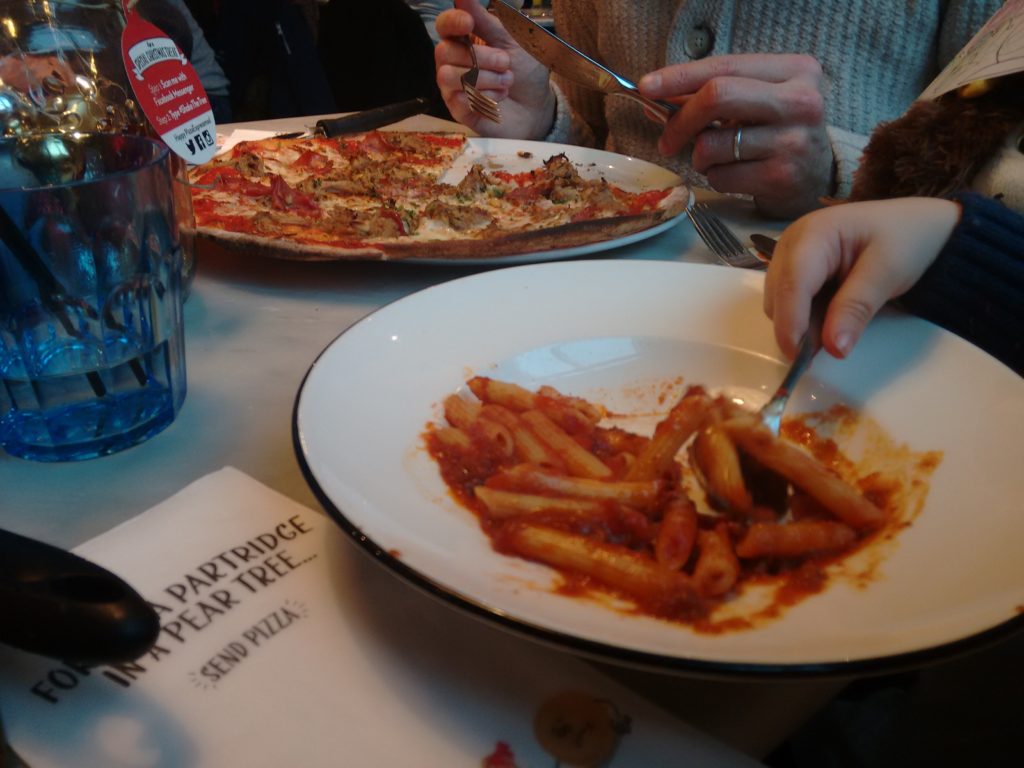 My eldest son chose the Pollo Pizza, he said he really enjoyed it, but as a hungry 8-year-old, suggested perhaps next time we take him he has an adult portion.. Though I think he’d find the adult pizza too large, so maybe I’ll order him a side to go with the kids pizza next time?

I’ve already mentioned the wonderful Snowball dough balls, my son adored them! I loved the way the kids deserts come with a babycino, and they really enjoyed them! Mr G struggled to decide between deserts, he was tempted by the Jaffa Profiteroles, and the snowball dough balls.. In the end he chose a huge ice cream called a Chocolate Glory, which was full of ice cream, chocolate cake and chocolate sauce!

I had Salted Caramel Profiteroles and a Cappucino, this is what Pizza Express call a Dolcetti. It’s perfect if you’ce had a big meal and want a smaller desert. The profiteroles were heavenly, and I can honestly say that they were so rich I could not have managed any more! 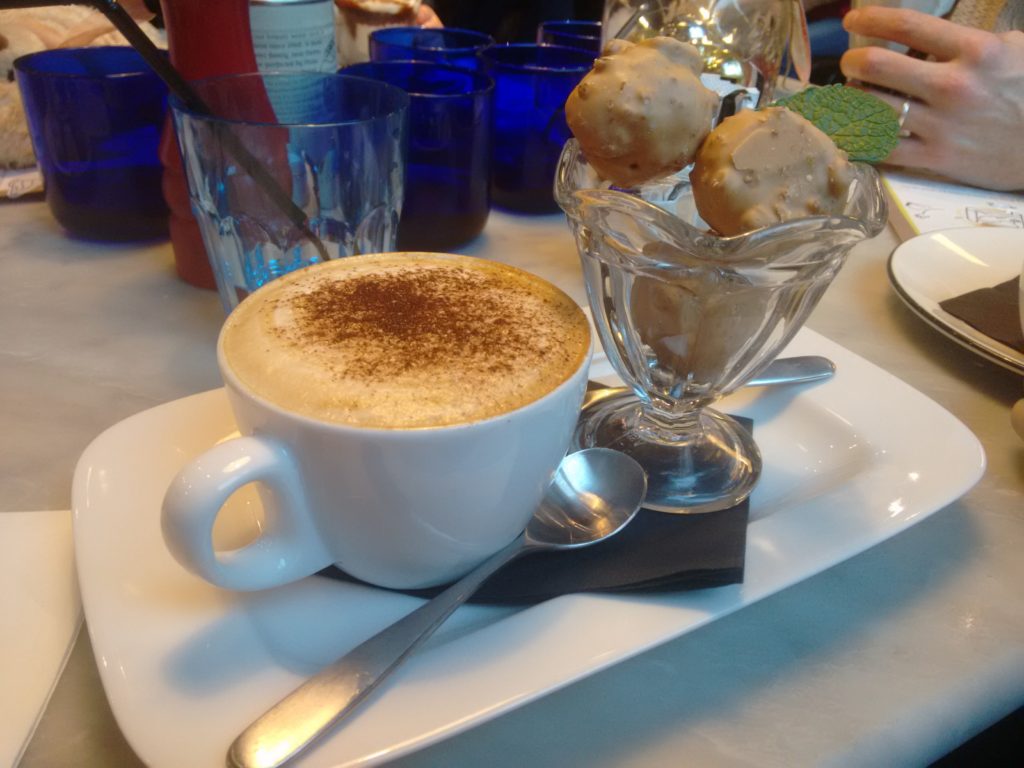 Pizza Express is a GREAT family restaurant with well thought out activity packs to keep the children busy while they waited for their food! The colour your own festive hat was particularly popular, and I thought it was a lovely touch! I found the Pizza Express in Festival Place really friendly, and even when the restaurant was almost full, they were still attentive and friendly to all their customers. If I wanted to complain about anything, I could only say they could do with dusting their lampshades! I thoroughly enjoyed our visit, and when we are next in the area I shall be back!