We were sent a bag of Mega Bloks first builder blocks to review, there are 60 colourful blocks which can be used to build all sorts of things, and as the weekend was hot and sunny we decided to play outside with the Mega Bloks! They are perfect for some mega outdoor play, but I confess I’ve never thought to use them outside until now! 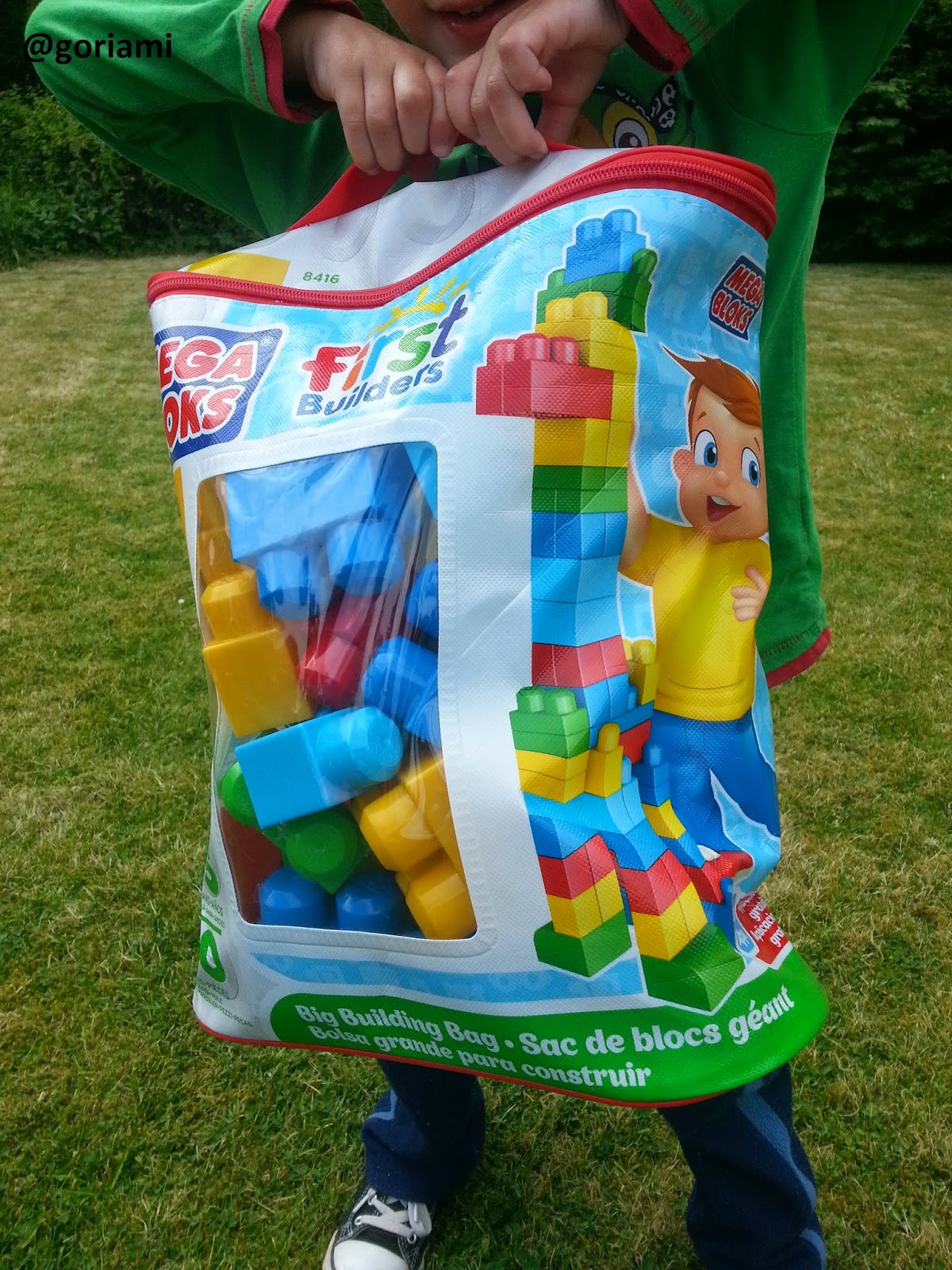 The first thing that struck me was that my 5 yr old asked “are there any instructions?” and when I replied “no, you can make anything!” he instantly beamed and announced he wanted to build an elephant! 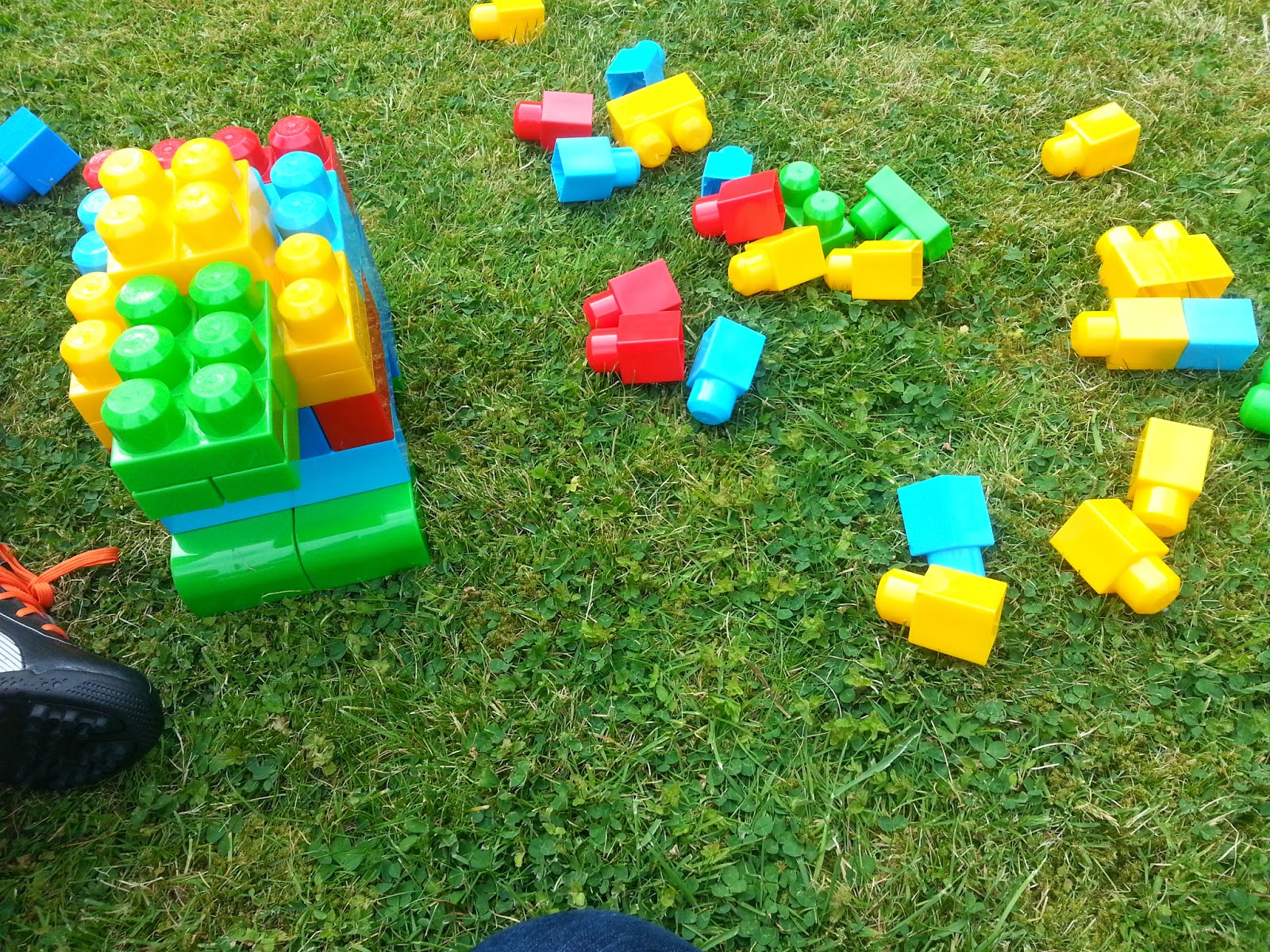 I was quite impressed with his efforts to build an elephant, and he certainly made a better attempt at it than I could have done! 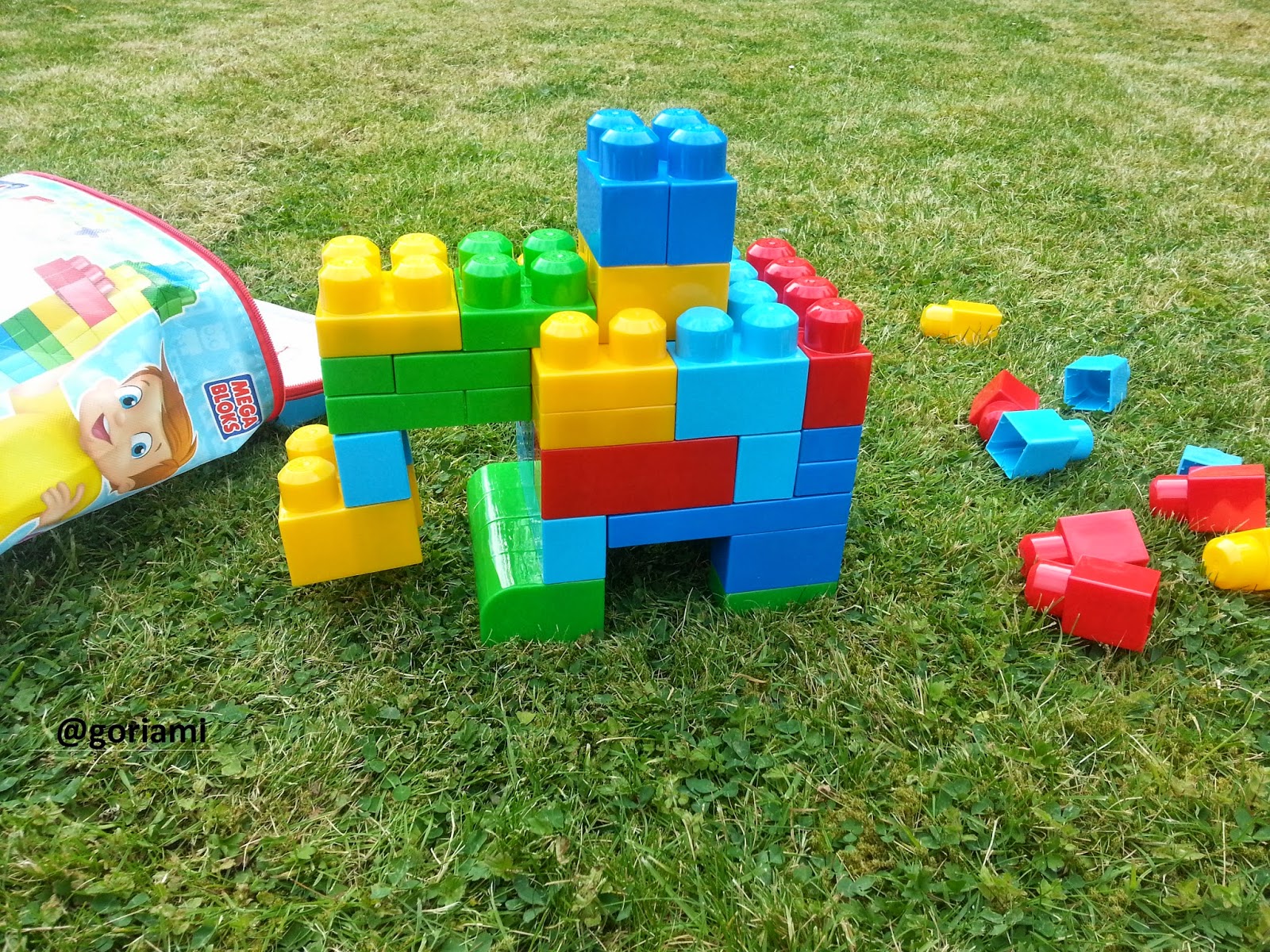 My 3 yr old was too busy already building a tower to help his brother with any animal building, I was impressed how well the bricks stand on the grass without toppling over!

We also had fun building bridges for trucks to drive under, they were also transported merrily in the garden toys! The blocks were hugely popular in the sandpit too where they made walls to protect castles, bridges which they covered in sand and more towers thanks to a tower obsessed 3 yr old!

The boys loved playing with the Mega Bloks first builder bloks, and I found that as they’re colourful they were easy to encourage them to pick them up to put away. The bricks are light, and easy to keep clean so an ideal indoor toy to be played with outside, and I can see us having a lot of fun with them this summer!

Mega Bloks facebook page currently is running a fantastic competition to win 1 of 4 play ‘n go wagons – which look perfect for outdoor play with Mega bloks this summer! To enter you just need to fill in your details here!

Saving money and being "green" while cleaning..