Paper Planes keep my boys entertained for literally hours, the eldest is quite an expert at folding his own paper planes and loves to see how far they will fly.  So you can imagine the excitement when we were asked if we’d like to try out the Paper Plane Shooter from Vivid! 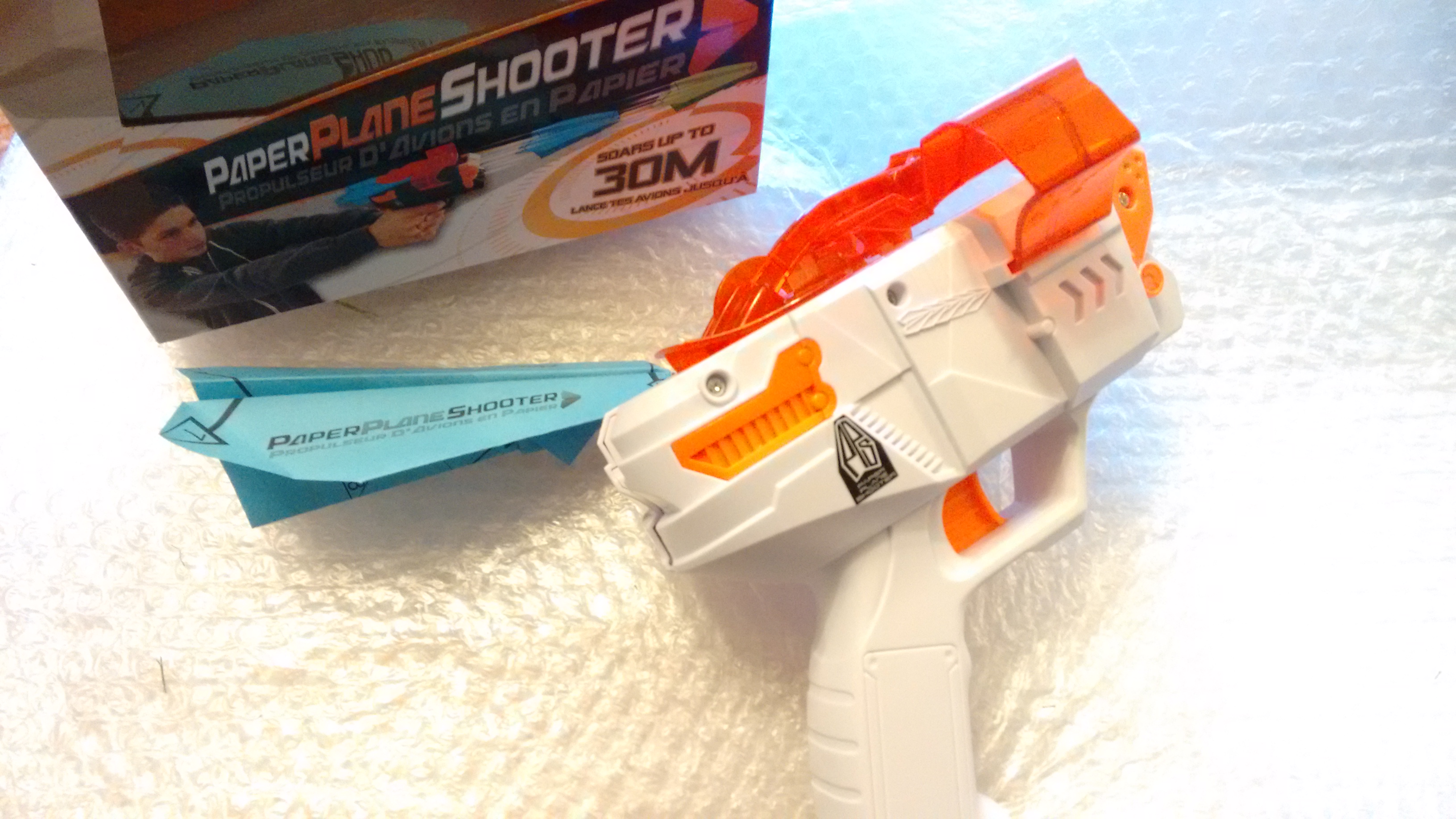 What’s in the box?

The box contains the Paper Plane shooter, Paper to make the planes, and instructions. You will need 4 AA batteries – they’re not included! The batteries go in either side of the handle, and you’ll need a cross head screwdriver to get into the battery compartment. The folding of the planes is of course half of the fun, but they do need to be folded carefully or they won’t work with the shooter, my skilful 8-year-old got frustrated as they were harder to fold than he’d thought they would be! 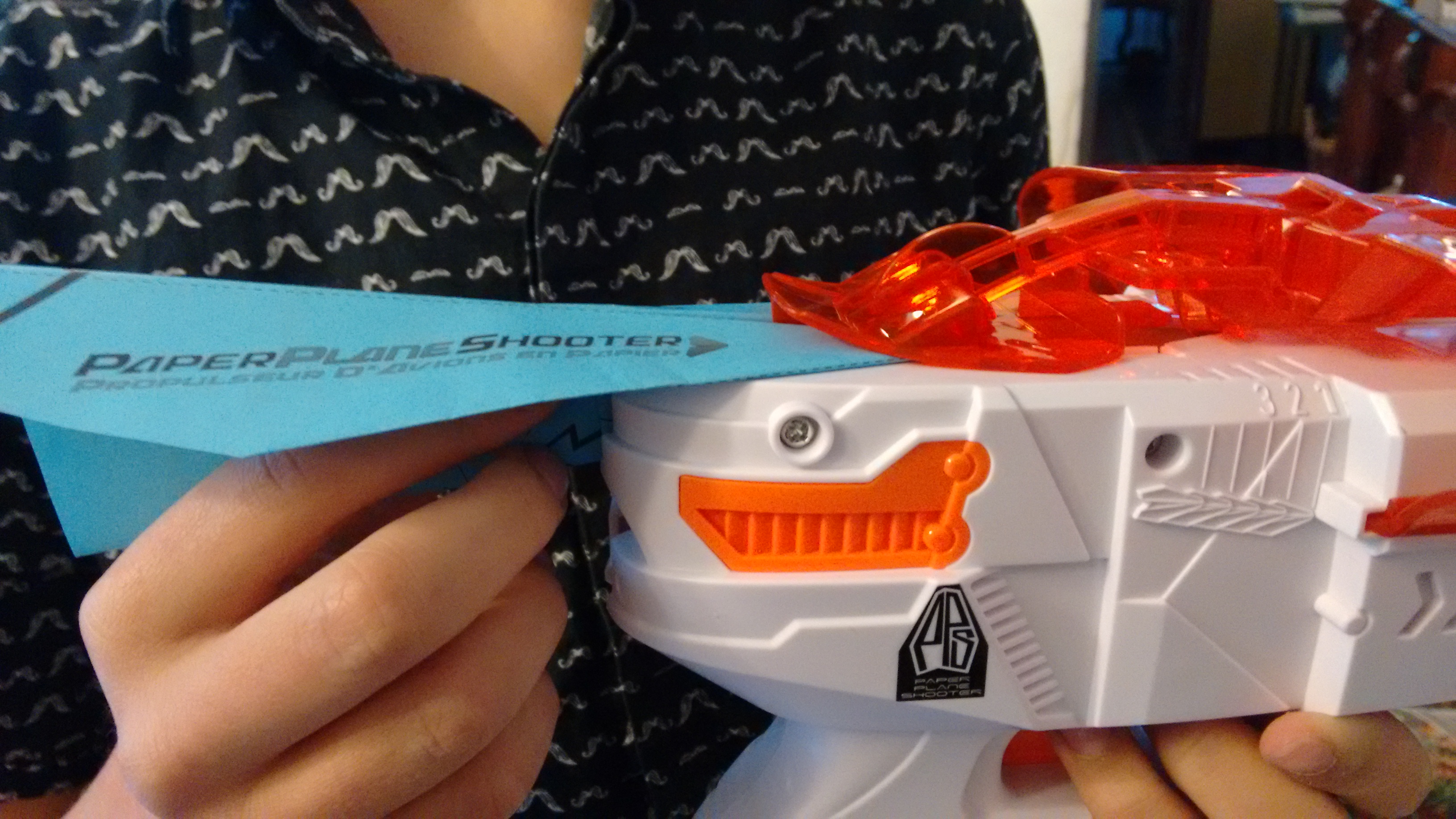 Is it easy to use?

Once you have a supply of planes, you’re ready to shoot them. The shooter is fairly easy to load, we started by loading one plane at a time initially, but multiple planes load in the same way – the planes stack on top of each other. Make sure the Paper Plane Shooter is turned on, then load the plane slowly, once the planes are loaded properly the motor will start-up (it sounds a bit like a hairdryer), and then you’re ready to fire! To fire, you just pull the the trigger and watch the paper plane fly, you can launch the next one as quickly as you can pull the trigger again – and you can load up to 10 paper planes at a time! 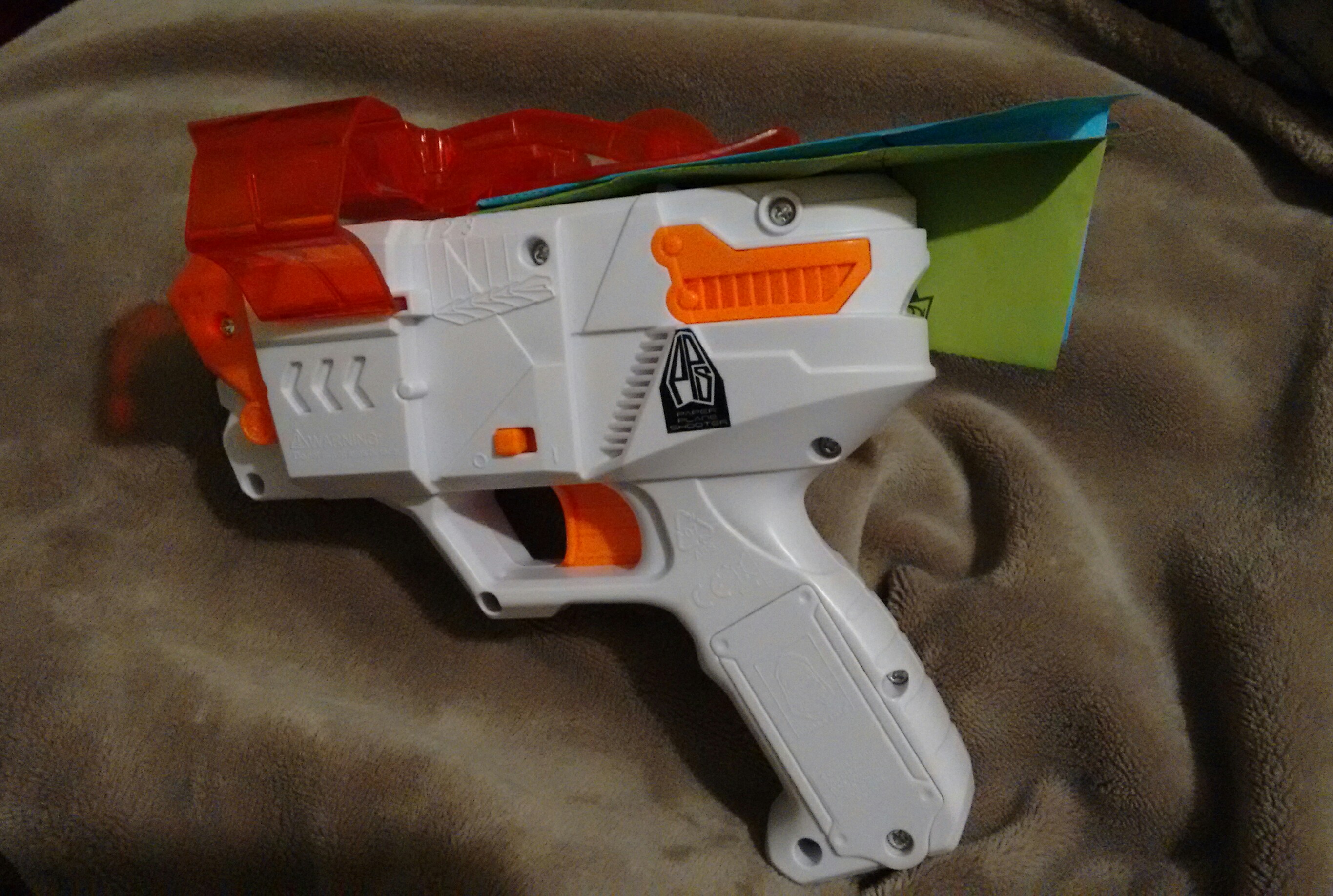 What did we think?

Both boys loved launching the planes, and got really good at taking in turns and loading their planes carefully. I explained they needed to ensure they did not fire towards people. They have used the Paper Plane Shooter in the garden, and inside – flying the planes down the corridor!  It’s great fun, and I have to confess I got several paper planes stuck in trees while we were trying it out – yes, it’s great fun for parents too! I can imagine if you had a couple of these Christmas Day or a family get together could be hilariously funny – especially if you’re a bit competitive – whose planes would travel furthest?!

Disclaimer: We received this item for the purpose of an honest review. 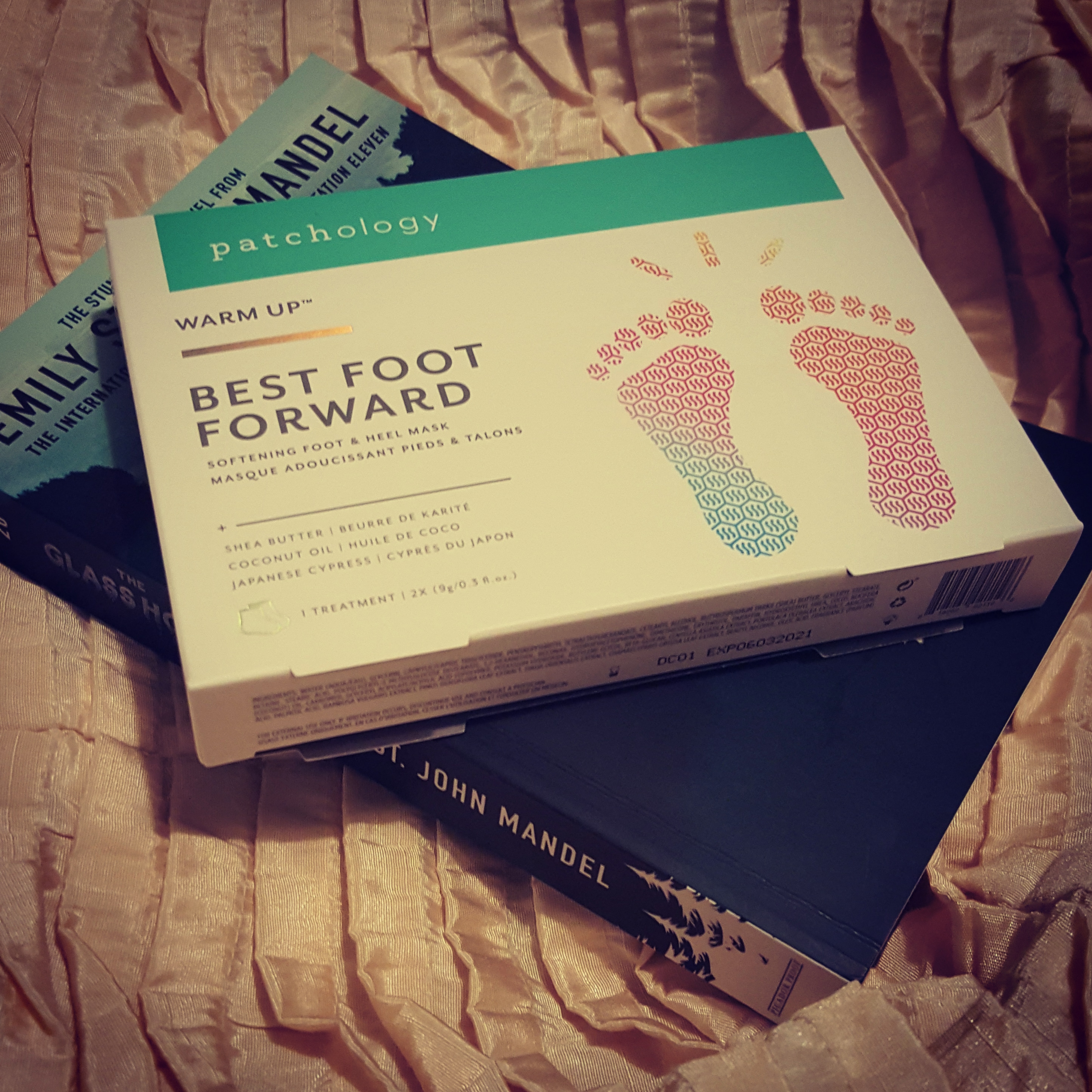