Friendship and adventure abound with the heart-warming tales of three-year-old Masha and her retired circus star friend, Bear, in their very first DVD collection, Masha and the Bear – How They Met released by Abbey Home Media on Monday 25th April 2016. Join Masha, the Bear and all her woodland friends in the series that is currently taking the world by storm. A retired circus bear settles into the woods and prepares for a quiet new life surrounded by peace and tranquility until he is introduced to an adventurous little girl named Masha. 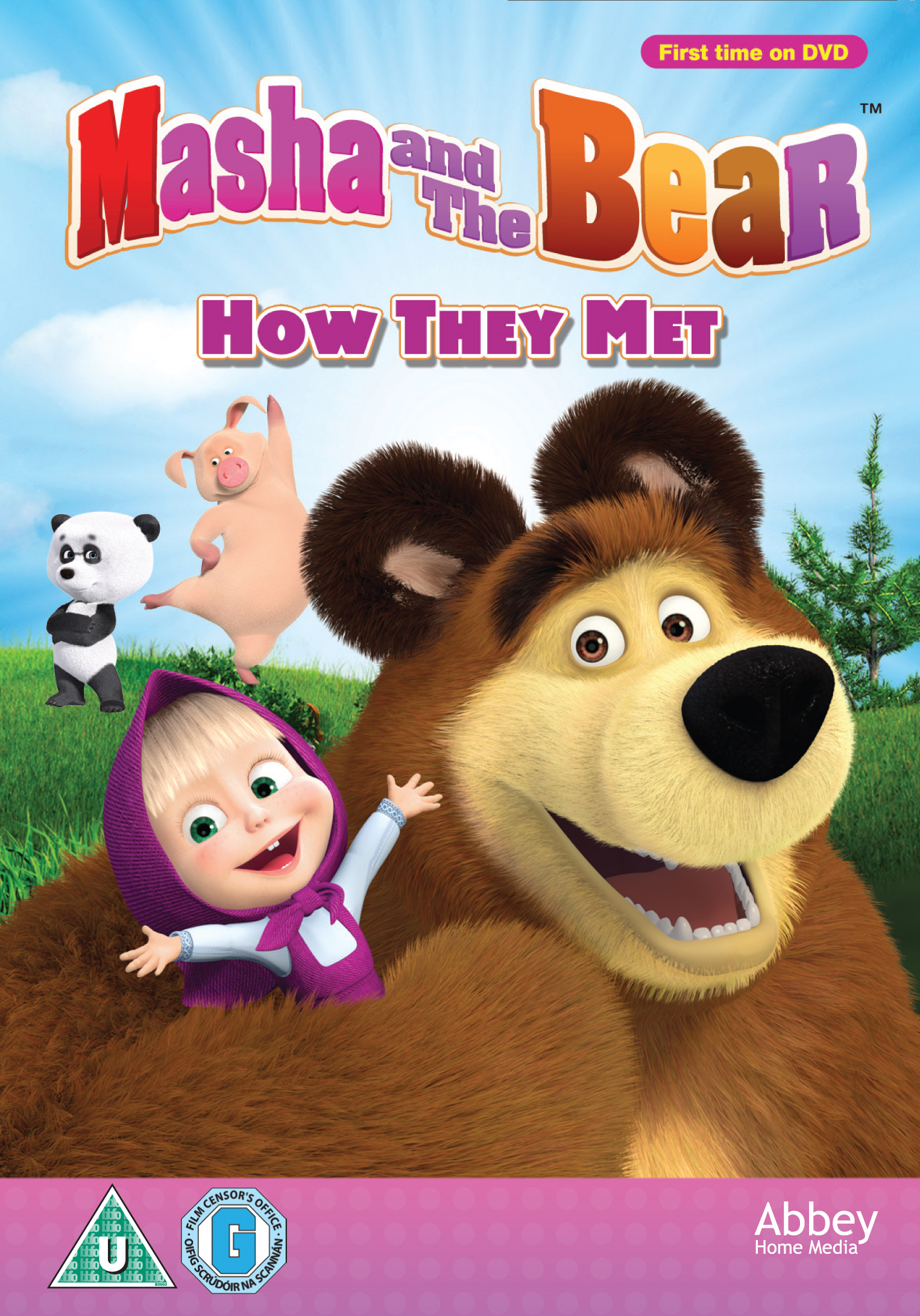 Join Masha, the Bear and all her woodland friends in the series that is currently taking the world by storm. A retired circus bear settles into the woods and prepares for a quiet new life surrounded by peace and tranquility until he is introduced to an adventurous little girl named Masha.Masha is an energetic three-year-old who lives in an old train station in the forest. Precocious, silly, and friends with everyone she meets, this energetic girl can’t seem to keep herself out of trouble.

Bear is a warm, fatherly figure that does his best to guide his friend and keep her from harm, often ending up the unintended victim of her misadventures. Though he enjoys his quiet time alone, he misses those moments when Masha is not around.

Together with a loveable group of friendly animals that have made the forest their home, Masha and the Bear entertains adults and children alike, teaching viewers about creativity, loyalty and true friendship.

With a mixed aged group in the house (eldest almost 8, youngest almost 2) I found that Masha and the Bear entertained all of the children. The youngest loved “bear” and identified with Masha as a rather adventurous girl. The boys both found it amusing, especially as they could see that Masha (like their little sister!) is into everything and Masha always has to rescue her!

Our favourite episode was definitely the one where Bear gives Masha his mobile phone so she can safely go for a walk in the forest and be safe from the wolves. Bear quickly regrets it as little Masha uses the phone repeatedly to call for help! It taught in an amusing way the “boy who cried wolf” story. As a parent I was highly amused by Little cousin, and anyone who has had to look after more than one child at a time will sympathise with Bear, and love his solution to the problem!

There is something hugely attractive about Masha and the Bear, as a parent having to sit through children’s programmes I can say honestly that I rather enjoyed watching this DVD. The children were entertained, and I was transfixed on Masha – she’s such an expressive cartoon character and very similar in personality to my own almost 2-year-old!

I think this is a wonderful DVD, perfect for the Summer holidays to enjoy together as a family. We will certainly be enjoying it whilst on our travels as it’s the perfect companion for a long journey. Masha and The Bear, How They Met, is out now on DVD from all good DVD stockists!