I have to confess, I didn’t see Despicable Me, so when the boys wanted Despicable Me 2 to watch I was a little reluctant, I mean would we understand it? I am a big fan of Blinkbox, we love being able to access up to date films instantly and without a subscription, with a 48hour rental costing on average £3.49 it’s cheap entertainment for us from the comfort of our sofa – it’s ideal for the Winter months! I discovered Blinkbox was showing Despicable Me 2 and we sat down to watch instantly!
Despicable Me 2 has to be the funniest film I’ve watched for a long time, it’s a real family film with laughs for us all! The minions (the yellow characters which you probably associate with Despicable me) are adorable, and hilariously funny! Gru, you suddenly realise might look like a villain but is really an amazing father figure, who desperately seeks a mother for cute Agnes, the plot focuses on this journey for romance but it’s a romance that even the youngest members of the family can’t fail to follow! Now we just need to watch the first Despicable Me film which I think we’ll be doing over the Christmas holidays! 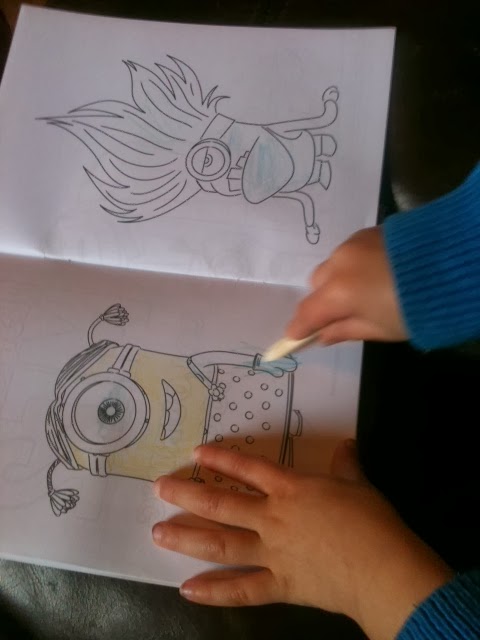 Blinkbox sent a colouring book and a couple of codes for us to watch a couple of films, to celebrate the release of Despicable Me 2 which the boys are delighted with! We had already watched Despicable Me 2 when we were contacted it by Blinkbox and have subsequently watched it again and we still love the film, would 100% recommend it as a family film to watch this Christmas holiday!
Disclaimer: All thoughts and opinions are my own, we were contacted by Blinkbox to write this post and sent a colouring book and 3 free film credits. I am (and have been for a while!) a customer of Blinkbox.