With the start of the summer holidays I’m keen to think of fun games we can play as a family. As a child I remember fondly playing “the chocolate” game and decided that really it was time for my children to play it! We hunted around for a hat, scarf and gloves, but with the temperature at 27c we decided to use more summery props.. a wig, glasses, cap and a scarf!

The aim of the game is to roll a 6 with the dice, dress up and eat the chocolate with the aid of the knife and fork – no cheating by using fingers! You keep cutting and eating the chocolate until the next person rolls a six when you have to take the outfit off for them to put on and they continue! As you can see I’m a bit competitive and when I rolled the dice and got a 6 I wasted no time in setting to work indulging in the chocolate!

E took a more delicate approach to the game, he looked so cute dressed up, but it was a struggle at first to get him to understand that when someone else rolled a 6 it was their turn and he initially refused to take the outfit off!

After some careful negotiation and several explanations as to why he needed to let everyone take a turn he gleefully started to wait and roll the dice waiting for his next turn “Is that a six Mummy?”(while pointing at the dice showing a 2!) I was delighted with how well the game worked with the boys, they were both really very good natured and by the end both of them took their turn to roll the dice carefully! The chocolate cut up really easily too, it’s not the conventional squares in this Cadbury Marvellous Creation bar which I think aided the cutting! 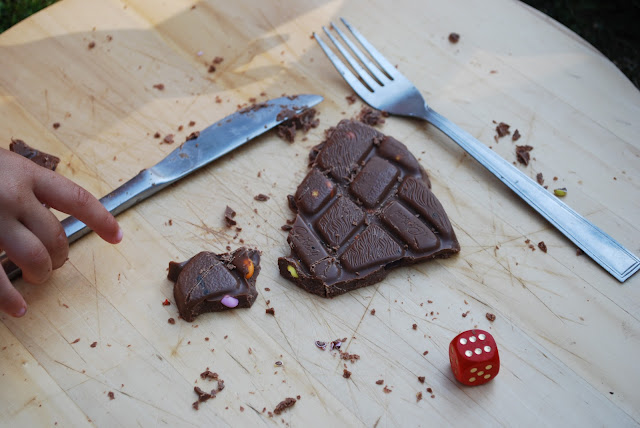 The boys loved playing, and have asked if they can play again one day which is lovely! They did both need a good bath afterwards as the chocolate had melted in the heat, but that was a lovely excuse for settling them into pyjamas with story or two before bed.

After the boys had settled for bed, Mr G and I decided to make the most of the first day of our “staycation” and have a romantic dinner outside. So we enjoyed a simple supper and then I  decided to impress Mr G with my desert skills! I have always wanted to have a go at chocolate bowls, and decided to try them out – they’d look great with ice-cream in! Except, I hadn’t really thought about how hot the weather was, or quite how I was going to make the bowls, and I’m really not great in the kitchen..So forget chocolate bowls and see chocolate shells instead..are you ready? 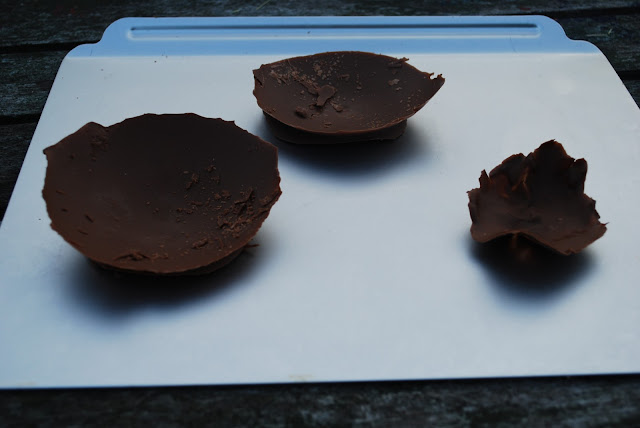 To make them I melted the Cadbury chocolate, and dipped an inflated balloon into the melted chocolate then popped it onto a piece of greaseproof paper to set. Once the chocolate was set, I burst the balloon and.. voila! I think I need more chocolate and a deeper bowl next time! However, they did look fabulous once served full of ice-cream (even if the ice-cream was melting faster than I could photograph it!). 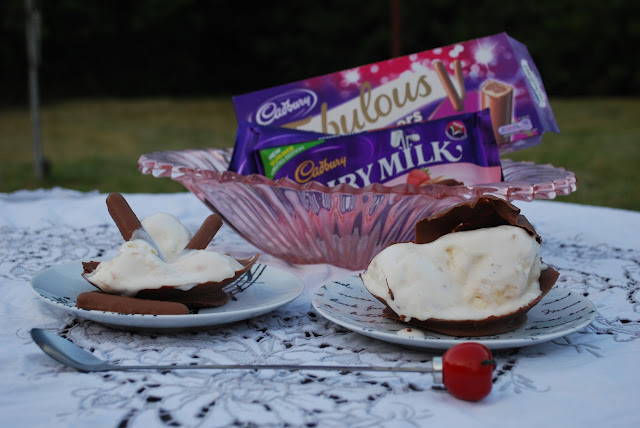 It tasted fairly heavenly, and the Cadbury Fabulous Fingers worked really well to decorate the desert – I think I’ll be using them as an alternative to a flake in future! 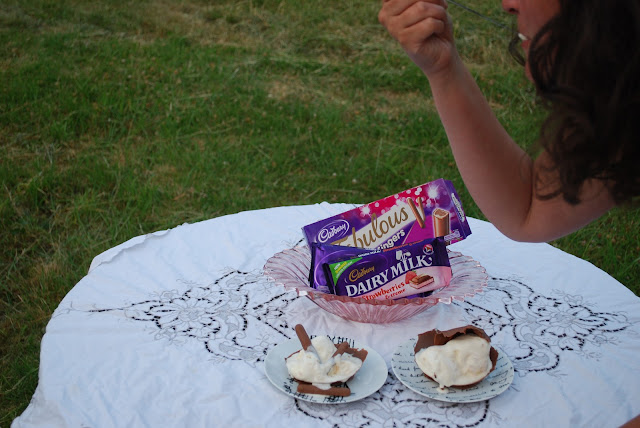 All text and images are subject to copyright and may not be reproduced without prior permission.